Deva Fagan's newest book for young readers, Circus Galacticus was released earlier this month. Read the first chapter but do come back to enjoy the interview.

Hi Deva. Can you tell us a little about the inspiration for Circus Galacticus?

Sure! First, it's the story of Trix Ling, an Earth girl who runs away to join an intergalactic circus. I watched The Muppet Show a lot as a kid, which left me with many happy memories, but also with the tendency to mentally add "...IN....SPAAAAACE...!" to the end of random statements (if that makes no sense to you, watch this. I had been watching videos of Cirque du Soleil performances, which thus led to Circus... IN... SPAAAAAACE...!

I actually tried to write it as a more gritty adult version of the story first, but it wasn't working, so I set it aside for a few years. When I came back to it later, I decided to try reworking it with teenagers, and it all fell into place, playing off the old notion of "running away to join the circus."

I think it's an enchanting, magical concept to many of us because we are looking for a place where we belong. But at the same time, we want to be special and unique. How do you balance those two somewhat contrary desires? With the circus, we can have both. We can be freaks with other freaks, united in our freakdom. What makes us bizarre can also make us shine under the spotlight.

United in our freakdom is something everyone should get behind. 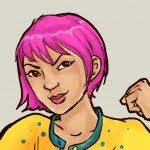 When the reader is first introduced to Trix (pre pink hair) we meet the fighter as she confronts a bully. Soon after the reader meets Trix the dreamer. It wasn't until I read Circus Galacticus the second time that I made this distinction to the introduction to the many sides of Trix, though I think its a vital one, since a dreamer must be strong enough to protect their dream.

Did you consciously have Trix stand up to her tormentor in the opening scene?

I did. When I was a kid I was teased a lot myself. I was geeky, I wore glasses, I had a "weird" name that teachers inevitably mispronounced, I was one of the tallest girls in my class, I had braces. Worst of all, I was shy, and I think the bullies could sense my "weakness." I remember my mom encouraging me to stand up to them and tell them to stop (I think she even bribed me to do it with the offer of a trip to the bookstore!).

And I tried, but I was too nervous and meek to make it count. And they didn't stop teasing me. It was nothing compared to what some kids suffer, but it still left a mark on my thin-skinned soul.

So when I asked myself what kind of girl would run away to join an intergalactic circus, I knew that she had to be both a dreamer and a fighter, as you put it. I wanted Trix to stand up to people who tried to put her down, as I hadn't really been able to.

As someone who has not always appreciated the beauty that is fantasy, sometimes I am still scared by overcomplicated worldbuilding. The world you created in Circus Galacticus is straight forward and there's a very good chance that this first fantasy novel reluctant readers of fantasy will love.

Oh, I am so happy to hear you didn't find the worldbuilding overwhelming! One of my main goals in constructing the world Trix gets to explore was to make it approachable. I love science fiction myself, but I know there are many readers who worry that they are going to need to solve differential equations to be able to enjoy it. And that's not true! There's so much good science fiction out there that I think readers would enjoy if they gave it a chance.

So I intentionally set Circus Galacticus on the soft side of science fiction. I did not include a lot of hard science or technical descriptions. And since Trix is coming at it from the perspective of an Earth girl (albeit an astronomy-obsessed Earth girl) she has to figure it all out too. So the reader and Trix learn together about alien technology and galactic history and all that.

One of my biggest hopes is that readers will pick up Circus Galacticus and enjoy it, and then maybe move on to other science fiction! And that we might then see more science fiction for younger readers get published. 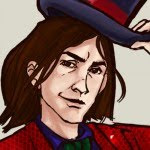 The Ringmaster, the head of the intergalactic circus has a magnetic personality that shines through. Were you ever worried that he would overshadow Trix?

In a way. I will admit that I myself have quite a fondness for the Ringmaster, and he's definitely fun to write about! Fortunately Trix also came to me with a very strong voice and personality, so she never let him take over while I was writing. And because she is a fighter, and stubborn, and an action-girl, she stands up to him when necessary.

One of my favorite scenes to write was Chapter 10, "The Lighthouse", which I actually added in its entirety during one of the later revisions. Part of the reason I added that bit was to explore the Ringmaster's character, to show a bit of both his strengths and weaknesses, and (most importantly) to show Trix and he working as a team, in a situation where she can help him and provide support and encouragement.

I loved the Lighthouse chapter, the Ringmaster was both strong and venerable. It's an excellent example of your mutlilayered characters who kept me on my toes. I had a difficult time of always knowing who had Trix's best interest at heart.

As the story played out did you ever flip flop on who the "good guys" and "bad guys" were? 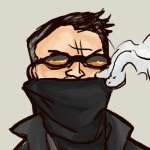 Come back tomorrow for Part II