Cornered: 14 Stories of Bullying and Defiance

Cornered: 14 Stories of Bulling and Defiance edited by Rhoda Belleza
I assumed most of the stories in this collection would feature the bullied.  While there are stories with thebullied as the main character, there is much more.  In The Shift Sticks by Josh Berk,the main character Bryan, was a bystander in elementary school while, Tiffany, another student was being bullied.  Bryan runs into Tiffany,when visiting family in another town.  There was something very real about Bryan and Tiffany voices.  In  How Auto- Tune Saved My Life by Brendan Halpin, students in an elite private school have to contend with a teacher using his position to mock and bully students.  One great lesson learned from this very fun story is that auto tune remixes don't just make songs fun, they can also jazz up a story quite nicely.  In Sweet Sixteen by Zetta Elliott, two very different worlds collide when a teenage prostitute and girl who has grown up on a secluded compound meet.  They have very different experiences,however, both are being used and  each girl has the courage and the desire to survive.

Along with being well developed, none of the stories are bogged down by lessons to be learned.  Much kudos to Belleza the editor for putting this collection together. The first story is Nemesis by Kirsten Miller. the main character is a former victim turned vigilante.  Followed by On Your Own Level by Sheba Karim. Shabnam the main character, is kissed by a boy at a party, and then is bullied by the girl who likes the boy.  The third story is Berk's. All three were very good and set the tone for this collection.

Cornered was released in paperback and is only $9.95.
An excerpt 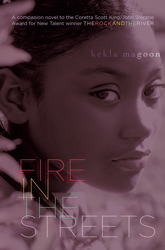 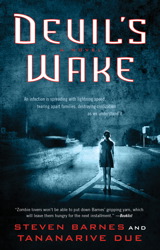 Finally a very random tidbit that will probably never be useful, but here it is anyway, the three listed releases are all published by Simon & Schuster
Posted by Doret at 2:00 PM 28 comments:

The Full Fortnight Schedule.  Thanks so much for Jodie for putting this together.
Posted by Doret at 6:00 AM 10 comments: 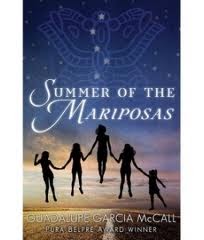 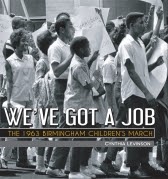