The People Have Spoken (The Read In)

In February I will be co hosting an African American Read In with two other bloggers, Edi and Vasilly. We had a poll of six titles to choose from -

It was very close but Ninth Ward* was the selected title.

Ninth Ward is Rhodes first middle grade novel. I had the pleasure of interviewing the author when the book was released in 2010. Since Jewell Parker Rhodes is known for adult fiction, I hope readers who normally don't read MG or YA fiction will consider participating in the Read In which will start on Monday Feb.2oth,

That gives you more than enough time to get a hold of Ninth Ward from your book source of choice be it your local library or indie, or amazon which currently has the hardcover edition on sale for $6.40


The Black History Blog Hop hosted by Reflections of a Bookaholic and Mocha Girls Read starts on Wednesday. 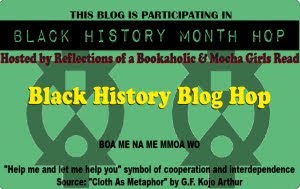 *I don't do it often but because of the past interview and very close results I feel a little full disclosure is in order. I contributed two books to the Read In poll including Ninth Ward. I did vote but not for either one of my picks.
Posted by Doret at 9:28 AM

Oh, I loved NINTH WARD! I listened to the audio book and really enjoyed it. The reader was excellent and the story is so beautifully told and thought-provoking. I look forward to seeing what other folks say during the read-in!

Hey, I have this one, will make it easier to participate!

I will definitely participate on the 20th! Thanks so much for leaving a comment to let me know about it! Plus, all of the other titles that were in the running just got added to my library holds list :) Good Fortune looks awesome!