When I started What Can't Wait, right away I knew the author was giving me much more then what I expected. It's a well told story that I couldn't help but love. I am very excited to have the opportunity to interview Ashley Hope Perez for the 2011 Summer Blog Blast Tour.

Hi, Ashley, Can you tell us a little about yourself? And What Can't Wait

Gladly! I’m a writer and reader first and foremost. This role currently plays out in lots of different ways—reading board books in Spanish with my one-year-old son, Liam Miguel, writing YA novels, working as a PhD student in comparative literature (newly ABD!), and teaching literature to undergrads. I L.O.V.E.teaching. I’ve worked with students in elementary bilingual programs and a Montessori school; I also taught high school English in Houston for three years. Now I teach college literature classes. I’m still in contact with many amazing students and committed to being an advocate for teens, especially young people for whom college is a new and foreign experience.

What Can’t Wait is about Marisa Moreno, a bright teen who has to figure out
what to do with her future—and how to do it when everyone in her family hasother ideas for her. What Can’t Wait is the novel my students in Houston asked for—one that was hopeful but that didn’t sugarcoat their experiences. Meet some of my students here.

From the beginning Marisa's voice and family dynamic are on full display. Did you think it was important for readers to connect with Marisa early on?

Every writer wants readers to connect to her characters early and deeply. The difference in What Can’t Wait, though, is that Marisa’s family is much more present and prominent from the start, whereas in many YA novels, family is more background than core to the story. Marisa’s parents, siblings, and niece are often a source of challenge and frustration that drive the plot, but they also can be a surprising (if inconsistent) source of support and inspiration. One of my big goals with the book was to explore how dramatically my students’ lives and prospects were intertwined with those of their families.

I loved the fact that Marisa wasn't waiting to be saved and there wasn't an adult there to make every okay. Marisa's AP calculus teacher was nice and supportive but couldn't fully grasp her family’s situation.

Did the calculus teacher's role in Marisa life change as the story developed? 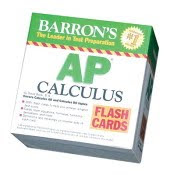 I definitely wanted to avoid the “teacher steps in and saves the day” trope, so as I was writing, I found myself paying attention both to how Marisa’s teacher could be a facilitator of her success and an additional source of frustration. There was definitely some back and forth as I explored that relationship.

And as far as not grasping Marisa’s situation, Ms. Ford is totally me during my first year of teaching (of course, I was teaching English, not math). There were many, many times that I failed to ask my students what was going on in their lives so that we could figure out how they could take care of urgent needs and accomplish ambitious learning goals.

The machismo of Marisa's father further complicates her family obligations. If Marisa's older brother, Gustavo, had college aspirations do you think the father would've been okay with that?

Hmm. It’s hard to say. The father might have objected, but I think it would have been easier for Gustavo to defy their father without causing an explosive reaction. In a household like Marisa’s, there’s an unspoken rule where by young adult males are relatively free to do as the please where as young women—even once they graduate—are still seen as under their parents’ (or their father’s)control.

I've read several places that you wrote What Can't Wait for your students. Did you let any of them read early drafts?

If so what was one critique that helped make the story even better? 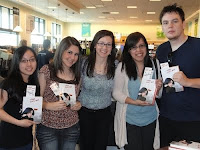 Many of my students read and commented on the draft. One of my students actually came to a book signing with a copy of the original manuscript I gave her to read. She had saved it for four years.

I wish now that I had had as much foresight; I would love to have all the sticky notes my students gave me with their reactions to particular scenes. One piece of feedback I remember was that Alan should be good but not too good—that he still needed to be human.

I loved Marissa and Alan together. Both had a grounded human, not perfect quailty about them.

Before What Can't Wait was acquired by Carolrhoda Books, what type of responses or feedback did you receive from other publishers?

While my agent was shopping the novel around, he did send the responses onto me, but this is the kind of thing that you pretty much scrub from your brain once you do get a book deal. From what I remember, the responses pretty much boiled down to different versions of “there’s something strong here, but it’s not for us.”

Sometimes that was because the editor felt that the book would be competing with one she already had on her list. Other times the response was more idiosyncratic, as with one editor who felt the portrayal of Marisa’s family was too harsh compared to her sense of the Latino community.

For the record, one of the most frustrating responses to What Can’t Wait is this “but that’s not what Latino life is really like” reaction. Of course Marisa’s family doesn’t stand for all Latino experience, but neither is it outside the realm of what some of my students lived with. Marisa’s family is her family, plain and simple, and every family has its own quirks and demons. I guess it irks me mostof all because no one expects the home life of one white protag to stand for all Caucasians. I’m grateful that this reaction is relatively rare.

When you started your novel did you realize how underrepresented YA Latino authors were?

Yes and no. Because I started writing YA while I was still teaching high-school English, what I was most aware of was that there was a certain kind of book that my students wanted but weren’t finding. So I guess you could say I was first aware of a relative lack of diversity on the bookshelf. It wasn’t that there were no books about Latinos, but much of what was available didn’t resonate with my students. I wrote all about what it meant for me to tap into my students’experiences in this Diversity in YA post.

Only four?! How about 10? I absolutely love Ball Don’t Lie and MexicanWhiteBoy by Matt de la Peña; the voice in these novels is stunning, and I especially loved the grit and verve of Ball Don’t Lie. Alisa Valdes-Rodriguez’s Haters is lighter fare—chick lit with a paranormal twist and some hilarious characters. Benjamin Alire-Sáenz’s Sammy and Juliana in Hollywood is also a wonderful read. And although I haven’t read it yet, I’ve been dying to check out René Saldaña’s new novel, A Good Long Way.

For slightly younger readers, I love The Circuit by Francisco Jiménez and Trino’s Choice by Diane Gonzales Bertrand.

And to finish off with three top recommendations of books by Latino authors that aren’t actually marketed as YA but would appeal to teens: Ana Castillo’s experimental novel, The Mixquiahuala Letters; Cristina Garcia’s Dreaming in Cuban; and Tomás Rivera’s And the Earth Did Not Devour Him.

You've taught an undergraduate vampire literature class and one on WomenWriters of the Caribbean. On a literary spectrum these classes have some serious distance between them.

What attracted you to both? And why do you love reading and teaching a wide range of fiction?

The class on Caribbean lit was one very close to my own reading interests, which is why I taught it. But I also like to design and teach courses that have surprises for me, too, which is why I decided to develop the vampire lit course. The idea came out of a conversation with some students about what kind of comparative literature course they wished they could take.

We decided that it would be worth going back to early vampire literature—starting with Goethe’s poem “The Bride of Corinth”—to develop an understanding of all the varied ways vampires can function in literature. We discovered a fascinating range of ways that vampires connected to sexuality, race, social protest, discourses on science and progress,and religion, to name just a few themes.

Can you tell us a little about your next novel, The Knife and the Butterfly?

While it’s also set in Houston, The Knife and the Butterfly plunges into an even grittier world than readers encounter in What Can’t Wait. It follows two teenagers through the aftermath of a deadly gang fight.

Lexi is a troubled girl from a working class background who hangs with a gang for protection. Azael is a romantic drifter who finds family in MS-13 after essentially being orphaned by his mom’s death and his dad’s deportation to El Salvador. Lexi and Azael live in a violent world governed by complex loyalties that land them in deeper trouble than they ever imagined possible. After the fight,they each must face the truth of what happened, and that truth eventually draws them together in a surprising yet powerful way

I wish I could tantalize you with one of the wonderful covers the design team at Carolrhoda has worked up, but they are still top-secret!

I love sneak peaks but rules are rules. Though I am glad you didn't stop at four. Ashley, thanks so much for your time and for writing one of my favorite YA debuts of the year.

Be sure to check out the other Day 3 interviews
Sarah Stevenson @Chasing Ray
Emily Howse @A Chair, A Fireplace & A Tea Cozy
Olugbemisola Rhuday-Perkovich @ Hip Writer Mama

The Full SBBT round up can always be found here